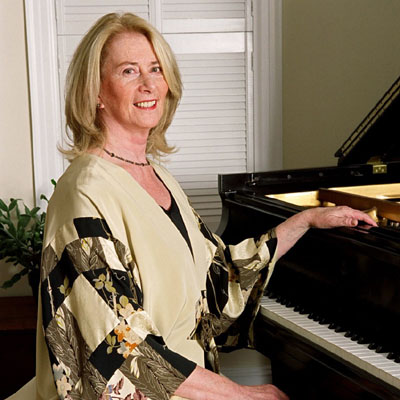 "Estela Olevsky's playing won us over. This Argentinean pianist presented herself as a sensitive artist who conveys the essence of music in all aspects of her performance without relying upon obvious show-effects. The very best of all was her incredibly unpretentious, very human Mozart."

“Estela Olevsky presented us with a powerful, straight presentation of the solo piano. The result was music at its highest level” Schumann, Piano Concerto in A Minor, op.54

"The entire second half was devoted to Dvorák’s Quintet for Piano and Strings in A, op. 81 (1887) featuring Olevsky with the Bahn Quartet. The musicians’ intonation, precision, communication, and ensemble were all extraordinary...They wowed their listeners with the quality of their playing, and without the addition of any gratuitous body movements to underscore it. It was a fitting climax both to an evening of music making of the finest quality and to a fine season."

"From the feathery opening chord of the E minor Mazurka, Op.41, No.2 to the three apocalyptic strokes of the low D that mark the end of the cycle of Preludes, Olevsky transported her listeners into a private world, intimate and touching. With deeply felt sensitivity, she guided us through the interstices of Chopin's genius, by turns searing and playful, tormented and tender. At the peak of her expressive powers, Olevsky painted a tone picture of a youthful creative force burning with white heat, translating his fiercely passionate experience of life into preciously crafted miniatures of evanescent but arresting emotion."

“To hear Olevsky play Mozart is to know the elegance of the true classical pianist. (Mozart Concerto in D Minor, K. 466)